Explore the world’s most beautiful places with experienced travelers

Our Pete Oxford Expeditions team brings a wealth of experience to every expedition. Let us show you amazing places from the eyes of passionate travellers who will introduce you to new cultures, breathtaking destinations and wildlife, it is sure to be an adventure of a lifetime.

Since childhood, Pete has known two things: firstly, that he wanted to spend his life in nature, and secondly, that he wanted to travel. After studying marine zoology, Pete began in tourism in 1987 while living in the Galapagos Islands, where he worked as a naturalist guide. Since then, Pete has traveled to some of the world’s most pristine and remote corners as a conservation photographer. He continues to search for images of wildlife and native cultures with the understanding that the conservation of one is inextricably linked to the other.

Pete and his wife Reneé Bish have published fourteen books, mostly on Ecuador, where they have lived for nearly three decades.

Pete’s images have appeared in many international magazines and publications, and he was considered by Outdoor Photography Magazine to be among the top 40 most influential nature photographers in the world.

Pete is a Founder Fellow of the International League of Conservation Photographers, as well as a board member of the Quito Vivarium in Ecuador and SEVENSEAS Marine Conservation & Travel Magazine. He is a contributing photographer for the Annenberg Space for Photography and an official ambassador for Gitzo, Mindshift Gear, Voltaic Systems, and Catoma Tents. Pete also works in partnership with various conservation-based nonprofit organizations, such as the Oceanic Society, Bird Life International, Orianne Society, the MAR Alliance, and Equilibrio Azul.

Reneé Bish was born and raised in South Africa, living close to the Kruger National Park. As her family had privileged access to the park, it was here that, from an early age, she learned to love wildlife in its various forms and to become very comfortable in its presence.

Coming from a background in nursing and then design, she has found many ways to utilize her expertise to further her passions for nature, conservation and travel. Apart from wildlife encounters, Reneé is fascinated by the infinite ways various traditional cultures have integrated designs into their everyday way of life. An ardent conservationist and inspired by her journeys, Reneé recognizes the great value in experiencing these wild places first-hand. Her hope is that anyone embarking on a new expedition come away with a greater understanding and appreciation of the area, becoming one more voice of advocacy in the growing throng of conservationists. 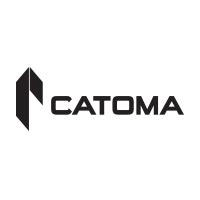 A selection of Pete Oxford’s achievements so far