Lion numbers are now down to a tenth of where they were 35 years ago. With only 20,000 left in the wild, are we going to sit back and watch them go down the same path as the tigers? From 100,000 in the1900′s, to less than 4,000 in the 1970′s. Today the move in the U.S.A to Protect African Lions Under Endangered Species Act is a step forward but not nearly enough to save them in the long term. Lions in Central and West Africa will be listed as endangered, but in southern and East Africa they will be classified as threatened. Trophies could still be imported from nations where lions are listed as threatened — as long as they meet the standards set under the special rule and the animals were killed legally.

Cecil was not the first male lion to suffer the fate when straying outside of a protected area and falling prey to a hunter. Thanks to social media it finally got the world’s attention. Two years running when we visited Hwangi NP in Zimbabwe, we learned that the dominant male we had photographed the previous year had since been hunted. This has been an ongoing problem in South Africa too.

While I was sitting in the departure lounge in OR Tambo Airport, Johannesburg a few months ago, I was sick to my stomach listening to hunters recall their exciting adventures while visiting my country. “And while we were waiting (probably at a baited site or waterhole) a hyena came in so we shot that too…”

Man is living outside the laws of nature with trophy hunting and always going for the prime individuals, but hunting is only a small part of the equation in the demise of the lions.

It takes years for a fragmented lion population – either from hunting, contraception or miss management to establish themselves as a functioning pride. Lions living in small, fenced reserves, who regularly come in contact with other lions do not always behave the same as those that have more space to roam. They change between groups frequently. They don’t always kill the cubs belonging to other lionesses. Many of these reserves don’t have hyenas or nearly enough of them to help maintain lion numbers either. Lions eat a lot! Small reserves don’t always have the numbers of plains game to feed them. Some of these excess old males land up on canned hunting farms.

Pete and I lived in a reserve in South Africa for 2 years and lion management was an eye-opener to us. It was horrific to me to learn how casually this is undertaken. No science behind who dies or who gets moved and basically they’ll ship them off to who ever will take them. There are reserves that are culling lions. Believe it or not – it is easier to cull a lion than to obtain a permit to relocate it. With a species now listed as endangered – how can we even consider culling healthy lions. In South Africa’s Kruger National Park (KNP) – our biggest park – tests show that both antibodies to the viruses that cause feline Aids (Feline immunodeficiency virus or FIV) and the bacterium (Mycobacterium bovis) that causes bovine tuberculosis are present in their lions. KNP is home to about 2,000 lions, basically a tenth of the lions left in the wild and potentially they are all sick! Again, I ask myself – how can it be possible that we are allowed to cull healthy lions in other areas? The alternative is contraception. But after several years on contraception the females become sterile so that is not the answer either. 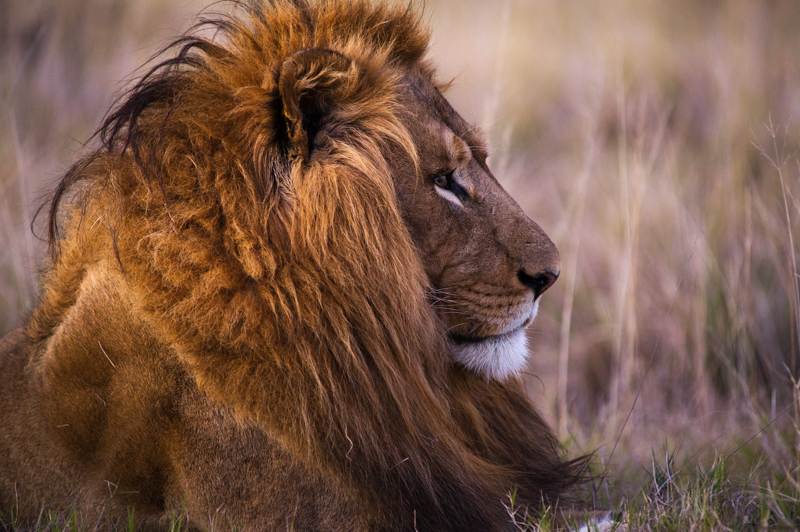 The range of lions has shrunk. There is a move to repopulate lions into areas where they have been hunted out.

In 2013 we photographed the relocation of 4 lions to Malawi… One died in the airplane but the others are now doing well in their new home and have bred.

This year 7 lions were successfully trans-located to Akagera National Park in Rwanda. The cost of relocating lions is enormous but worth it. We must persist and facilitate this.

We are at a point with world lion numbers where every single one counts. We have also been fortunate to see the Asiatic lions in the Gir forest of India. Their numbers are so low they are barely a viable population but they do know every animal. With African lions we need a database of every individual in the world so they can be managed correctly. We need habitat for these animals to roam freely and severe punishments for poaching – where the end use is in Asian medicine, as well as a total ban on hunting. With today’s new protection act we are one step closer to shutting down one of the problems. With social media we all have a voice so let’s shout about it…

Anybody who is still not convinced should watch the movie Blood Lions.

“If we want to ensure that healthy lion populations continue to roam the Africa savannas and forests of India, it’s up to all of us — not just the people of Africa and India — to take action,” –Dan Ashe, director of the Fish and Wildlife Service.

With Christmas around the corner let us consider donating to a conservation organization to protect lions in place of buying presents. I would be happy to recommend some.